'Emotional abuse' might sound too big a word but are you sure you aren't practising it? To confirm that you aren't doing it, it is better to know what it is. Have you ever got irritated with your child and ignored them? Then, that's one of the simplest form of an emotional abuse, as you are passing the negative vibes and making the little soul feel neglected, though unintentionally!

It may be verbal abuse, threatening, severe punishment, comparison, rejection, neglection and likewise.
Unlike physical abuse, emotional abuses do not have an immediate physical effect but a long term deletrious effect on one's character.
Here are some pointers for us, as parents, to know what emotional abuses are, for the sake of avoiding them.

Needless to say, this is the most common and a very offensive form of emotional abuse. Verbal assault, constant usage of bad words, blaming them or calling them bad names make an irrepairable damage to the child's personality. Be sure to taste your words before you spit them. It is meaningless to feel apologetic after having uttered a dozen bad words, as the little hearts are already shattered. A child may be neglected unintentionally. Ignoring a child while you are doing an important task is simply neglection. I know that its frustrating when you are constantly being disturbed when trying to focus on something important. You can either politely tell her that you'll join her in a few minutes or pause the task for a minute or two and keep the child engaged in some interesting activity and get back to work. If nothing helps, you can take the help of a family member or a friend to keep her engaged until you can take your time off. Rejection is hard on the children and zeros down their self esteem, and that's not what we want.
Avoiding a child to showcase your anger towards them is an intentional rejection. Like your peers or other adults in your life, a child doesn't understand that you are ignoring them because you are angry. By behaving as if she doesn't exist or not responding to her, you aren't putting your point across but leaving them confused, shattered and rejected.

It will take a lot of efforts to discipline a child but punishment is not the right key. Severe punishments that scare a child like locking the child in a room or beating them up are unacceptable and you are better off being counselled. Their tender hearts yearn for a loving environment. Punishments like saying NO to their favourite toy or an outing is itself a BIG punishment and hard to take, but work like wonders to discipline without any psychological effect.

Children hate comparisons as much as we, adults, do! Comparing a child with peers or siblings is the biggest blunder a parent can make. Surprisingly, it starts right from when and how a child manages to achieve his milestones. This not only creates a lot of pressure on the individual but also on the parents. The thoughts that "whatever I do, am not better than him/her" lead to depression and low self-esteem and will most often result in jealously/anger/frustration towards the person he/she is compared with. 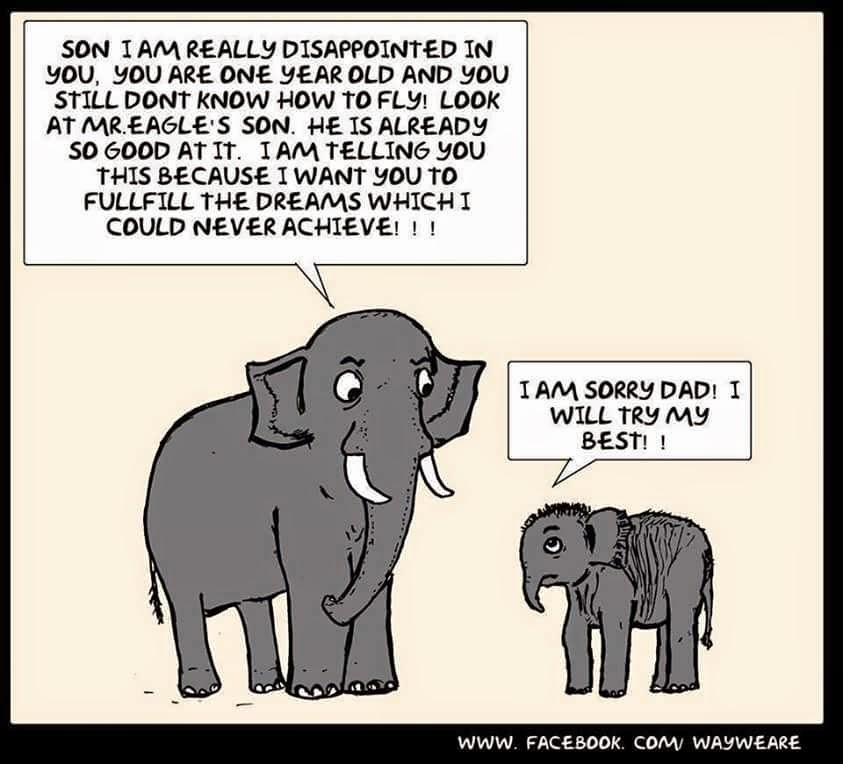 We preach but don't practice. Children notice that. We take so much effort to teach our kids the good values in life but its easier if they see you practising them. Be how you want them to be. Makes the job easier!
Live your life, love more and be happy....your child is watching!

Adults or peers may be emotionally abusive. Please watch out for the above mentioned signs. Better to know them, to keep away from them. And by any chance, if you are abusive in any form, better to stop it immediately than to repent later.